If you are wanting to escape from the busy tourist destinations, but still want that Bush Safari, then get in touch with us. We can get that perfect experience booked for you. Below is information regarding Kruger National Park as well as a few, top luxury Private Game Lodges in the “Greater” Kruger National Park, that we can recommend.

Should you want something more tailored to your needs – click the Contact us button below and we will get back to you as soon as we can.

Please Note: Booking is subject to availability and pricing may vary from advertised, due to possible rate increases as well as Itinerary options. All quotes and prices provided are Errors and Omissions Excepted and subject to change without prior notice. 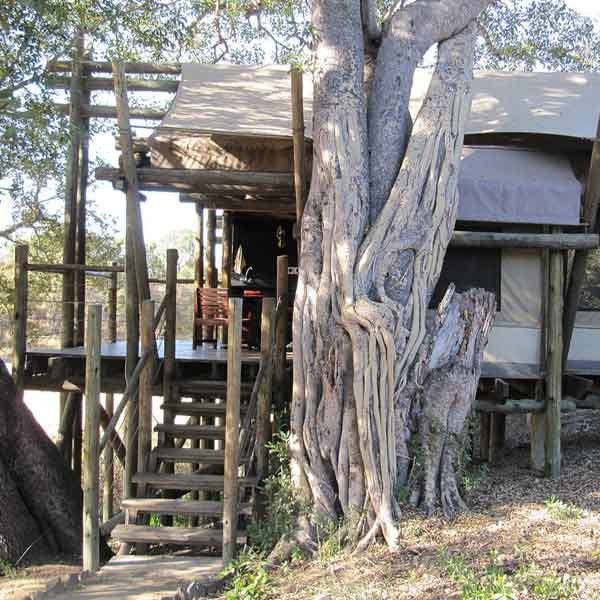 Kruger National Park is one of the largest game reserves in Africa. It covers an area of 19,485 square kilometres (7,523 sq miles) in the provinces of Limpopo and Mpumalanga in northeastern South Africa, and extends 360 kilometres (220 miles) from north to south and 65 kilometres (40 miles) from east to west.

The park has nine main gates allowing entrance to the different camps.

The Kruger National Park has 21 rest camps, as well as 2 private lodge concessions, and 15 designated private safari lodges. Speak to us about your needs and we will work on booking the best rest camp to suit your needs

Some of the more popular rest camps:

Early morning departure in an air conditioned vehicle. Stop en-route for a short lunch/coffee break. Traveling from the open corn fields of the Highveld and then dropping into the beautiful vegetated Lowveld and arriving at the Kruger National Park early afternoon. From here our game viewing starts, with the possibility of seeing Impala, Giraffe, Zebra, Rhino, Buffalo, Elephant, Kudu and, if we are lucky, Lion and Leopard, as we travel to our camp.
Your accommodation is in an air conditioned rondawel with en-suite bathroom.
Time permitting, we will try to fit in a late afternoon game drive and return to camp early evening. While you relax, your guide will prepare a scrumptious traditional South African braai (barbeque). Retire early to get an early start on Day 2

Today we move to a new camp, so it’s an early rise with tea/coffee and rusks. We will be traveling through a few different eco zones. There are more open plains and we will see lots of plains game, like Wildebeest Zebra, Giraffe and possibly even Cheetah. We will stop en-route for a snack, arriving at our camp late afternoon. A late afternoon game drive will provide a perfect ending to the day. Your guide will prepare a scrumptious dinner while enjoy a sundowner around the fire.

An early rise to coffee/tea and South African rusks. We are now in a new area that has plains animals, and with plains animals comes carnivores, so let’s try to find Lions returning from their night’s hunting. We will explore the various roads in the area and view interesting flora and fauna. Then it’s back to camp for a late breakfast and relaxing in the shade of the indigenous trees or maybe enjoying a swim at the camp’s pool, till lunch time. A late afternoon game drive is recommended as the animals tend to be more active and the game viewing can be rewarding. Back at camp, your guide will prepare dinner while you relax.

After another early rise, we head out for our final game drive to try and find the animals that might have eluded us. Although we are not guaranteed of seeing all the big cats: Lion, Leopard and Cheetah, Thepe Tours and Safaris have had good success during our trips to the Kruger Park. We will take a slow drive to the exit gate, arriving in Johannesburg late afternoon or early evening, after stopping for breakfast / lunch en-route.

*There is an option of traveling home via the scenic Panorama Route, through the rugged Northern Drakensberg. We will visit Blyde River Canyon, 3 Rondawels, Bourkes Luck Pot Holes and Gods Window. Some last minute curio shopping in Graskop and lunch at the famous Harries Pancakes before heading home to Johannesburg.

The Panorama Route is a scenic road in South Africa connecting several cultural and natural points of interest. The route, steeped in the history of South Africa, is in Mpumalanga province, centered around the Blyde River Canyon, the world’s third largest canyon. It features numerous waterfalls, one of the largest afforested areas in South Africa, and several natural landmarks.

Graskop is the highlight of the Panorama Route, with attractions like:

After breakfast we leave the Kruger National Park heading for the picturesque Panorama Route, offering stunning scenery of the surrounding area.

We will stop at God’s Window and Wonderview, which owes its name to the dramatic views from various viewpoints overlooking the almost sheer 300 m drop into an indigenous forest below.

We then continue our journey to see Bourke’s Luck Potholes, where the rocks have been carved out by water and stones flowing down into the Blyde River resulting in spectacular cylindrical formations.

This natural feature marks the beginning of the Blyde River Canyon, which is the third largest vegetated canyon in the world, well known for its natural beauty and diversity of its fauna and flora. From here we get to see the spectacular – Three Rondavels – three round hut shaped rock formations.

We will stop at the Lisbon Falls, as well as Berlin falls, to admire the fascinating views of the falls and surrounding landscape.

We proceed to Graskop for a late Lunch at Harry’s Pancakes or similar restaurant.

After Lunch we will end our Panorama route at Pilgrim’s Rest – a historical town that was founded after the discovery of gold. Presently Pilgrim’s Rest is a living museum, preserved in the same style of the gold rush period with many buildings unchanged for more than a century.

Return to Airport / Hotel accommodation in the evening.

Visiting Eswatini really needs more than the one or two nights to experience what this destination has to offer. One of the great benefits with it being so small, the major attractions can be found within a short distance of Mbabane, the Ezulwini Valley or Manzini. While plenty of the ‘main’ attractions can be seen in a couple of days, a longer time is really needed to experience the magical experiences Eswatini has to offer.

NGWENYA GLASS:
Since 1987, Ngwenya Glass has been making glassware in Swaziland from 100% recycled glass. Building upon a reputation of quality, functionality, beauty & of being environmentally aware. The unique combination of factors that make up Ngwenya Glass, make it a living & breathing animal in its own right.

SWAZI CANDLES:
A manufacturing company based in the beautiful Kingdom of Eswatini . Their core business is candle making both traditional parafin wax as well as 100% organic soya candle tea lights. Their colourful, handmade product range also features wax encased LED lights, pure vegetable glycerine soaps and marula oil body balm. Vibrant music fills the workshop in the Malkerns Valley where guests come and interact with the artisans as they work their magic as well as a manufacturing workshop in the Matsapha industrial area where they produce the veneers for the candles. They currently export to over 20 countries.

MLILWANE WILDLIFE SANCTUARY:
Located in the picturesque Ezulwini Valley (Valley of Heaven) south of the city of Mbabane, flanked by the dramatic backdrop of mountains and the huge Usuthu Forest stretching into the distance. It’s grassy southern plains are home to animals such as antelopes, crocodile and zebras, as well as many

SWAZI MARKET (Mbabane):
Browse through handmade gifts and crafts made by the local people. Traditional Swazi baskets, hand-woven mats, and batik dyed pillow cases, all made from high quality local materials. Support the community by shopping for artworks created by local artists. Choices here are diverse and prices are reasonable, but you can still bargain with vendors to get the best possible prices

St. Lucia is the hub of iSimangaliso Wetland Park which is listed as an UNESCO world heritage site since December 1999. It is the most ecologically and historically diverse park in Southern Africa, home to many features like Lake St. Lucia where after dark 1300 hippos emerge from the lake to eat tons of grass, and can occasionally be seen walking in the streets of St. Lucia, even during the day.

What we can offer: 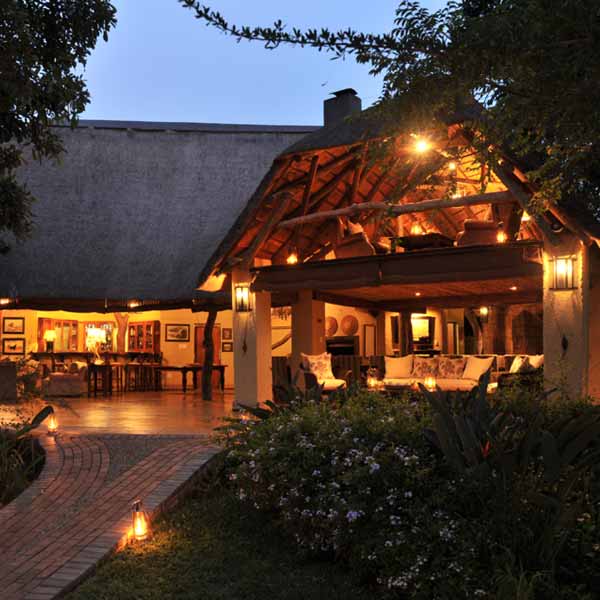 Situated in the Southern Greater Kruger. Let us build you a personalized itinerary, to include: A trip into the Kruger National Park, as well as experience the luxury of a Private Game Lodge.

Pricing depending on options required 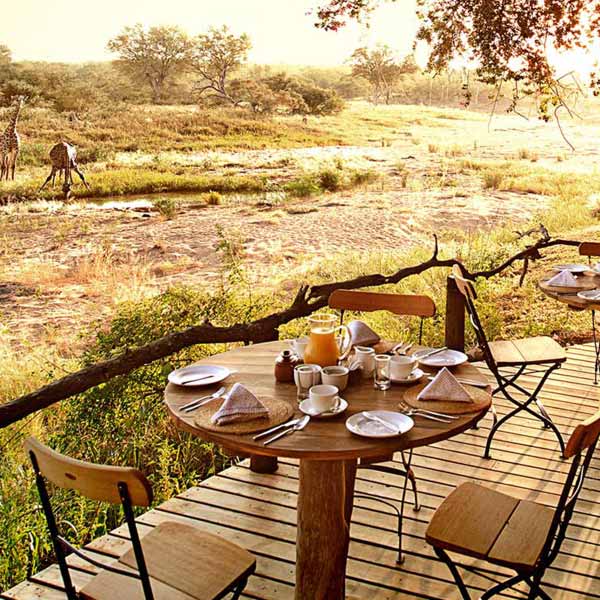 Situated in the Mid to Northern Greater Kruger. Let us build you a personalized itinerary, to include: A trip into the Kruger National Park, as well as experience the luxury of a Private Game Lodge.

Pricing depending on options required